Bringing the cloud to Africa

The way we use technology has shifted rapidly over the past few years. From having to keep a local copy of all data on your device, on your PC or on a local server to ensure access to critical information, consumers and companies have rapidly embraced the benefits that the cloud offers.

Leading the push have been a select group of large public cloud providers who have created the computing platforms that have transformed the way we look at technology. These cloud providers include some of the world’s largest companies as well as other, more focused technology companies. They have invested billions of dollars in deploying infrastructure, including some of the largest data centres ever built, across the globe, but there are still some regions where they rely on partners to create the infrastructure they need.

Stephane Duproz, Africa Data Centres CEO, explains that while Africa may still be lagging when it comes to the kind of data centre infrastructure that these cloud providers need, this is rapidly changing.

“The way computing has evolved has made it essential for cloud providers to get their infrastructure as close to the end-user as possible. Today consumers, both organisations and individuals need access to their data and applications no matter where in the world they are. And user experience is everything in today’s world,” he says.

Africa has seen connectivity explode as fibre network have been built out to crisscross the continent, and organisations and consumers have gained access to high-speed internet connections. With multiple, independent network available the ability to build carrier-neutral data centres across the continent has emerged.

“A carrier-neutral data centre is a critical component for any organisation looking to host mission-critical applications. Being carrier-neutral means that you have access to multiple, independent networks at a single location. The client then has access to redundant networks, ensuring that even when one network goes down their users will always be able to access their data. Not only that but with the growth in more sophisticated networking technologies, such as software-defined networks, traffic can be automatically routed across the best link without the need for manual intervention,” he comments.

“A data centre that is serviced by only a single connectivity provider simply presents too great a risk for global organisations.”

For large cloud providers, the ability to access a specific standard of a data centre is key to their decision to expand their footprint into new geographies.

“Cloud providers expect that they will have the same standard of facilities wherever they are in the world and this includes, not only the physical infrastructure but also support services, power supply and network connectivity,” says Duproz.

He adds that being able to work with the same Data Centre provider across multiple countries allows them to leverage established relationships to smooth the expansion of their footprint, using standard terms and conditions and service level agreements.

“There needs to be a level of trust between the data centre provider and the cloud operator and in Africa, this is not always the case. The African data centre business isn’t very old but some operators are able to deliver at global standards.”

He explains that the industry is starting to see the emergence of specific hubs based on access to skills and network resources. “Cities like Kigali and Nairobi are emerging as ICT hubs alongside more established locations, like South Africa.”

Key to the success of the African data centre is the ability to tap into local skills as well as international knowledge that has been built up over the past decades. Skills that were gained as organisations moved from building their infrastructure to utilising capacity in centralised data centres. Bringing these together ensures that the local skill base expands but also that they gain necessary insights from experienced operators.

As society becomes increasingly dependent on technology, the demand for data centres across the continent is only going to increase. With every additional data centre that comes online so the benefits of the hyperconnected society will become more evident, including economic growth and a more educated society, driven by better communications. 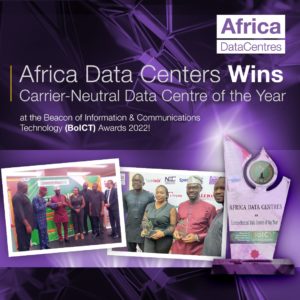 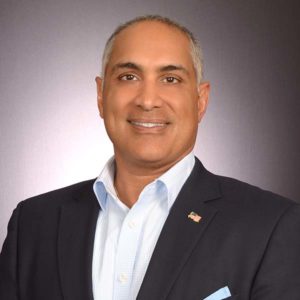